To be a part of pride means to be a part of something bigger than yourself. The pride inspires us lions to uplift ourselves and strive for excellence in anything we do. 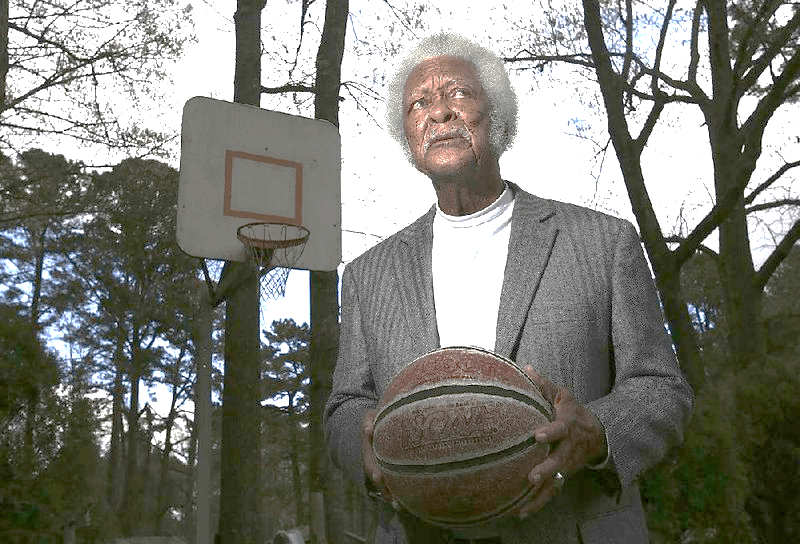 We feature and spotlight the Legendary Oliver Elders in our winter edition newsletter.

Born in Dewitt, AR in 1932, he was the son of an elementary school teacher. Elders graduated from Arkansas AM&N College (now University of Arkansas at Pine Bluff) in 1954. He spent 36 years as Head Coach – breaking racial barriers in the middle of nationwide desegregation, 35 of which came with the Little Rock School District at Horace Mann and Hall High School.

He completed his career with a 656 – 305 record – winning four consecutive state championships from 1981to 1984 and back-to-back overall titles in 1983 and 1984. Elders retired in 1993 as the winningest active high school basketball coach in the state of Arkansas.

Elders attended the all-Black Immanuel High in Almyra before he moved to Pine Bluff with his father, Oliver Boone Elders Sr., to start his sophomore year at J.C. Corbin High in 1946.

Upon graduating from high school, Elders went on to play under a scholarship for AM&N College’s men’s basketball team. He graduated in 1954 and traveled with the Harlem Magicians (spin off from the Harlem Globetrotters) for a year. While traveling with the Magicians during an exhibition game in Pine Bluff, the right rear tire busted, barreling the car off the road. Everyone was unharmed except Junius Kellogg, who was paralyzed. After an emotional hospital visit, Elders returned home to DeWitt with his mother, Leona, who demanded that he not play another game. Leona sent Elders to live with his uncle, Pete Elders, in Chicago, where he worked cleaning out apartments after residents checked out.

Elders worked there until he was drafted into the Army, where he served for two years.

Elders’ mother worried and feared that he would be sent out to fight a war. She spoke with the superintendent in DeWitt, who offered the Immanuel High head basketball coaching job to Elders.

Elders coached for one season at Immanuel. The next year, in 1956, he was hired to be head coach at the brand new Horace Mann High School.

While coaching at Horace Mann, Elders’ superintendent mandated that all his players had to go through a medical physical. Elders called the University of Arkansas at Fayetteville’s Medical Department and was surprised that the school sent a woman, Joycelyn Jones. Not only was he surprised (the physician was a woman), but he was also surprised at how pretty she was. Two months later, Elders and Joycelyn were married.

Elders retired in 1993 as the winningest active coach in Arkansas. He moved to Washington, D.C. with Joycelyn, who served as the surgeon general for President Bill Clinton. Elders served as director of the intern program at the U.S. Department of Education.

She is married to Columbus City Manager, Isaiah Hugley. They have two children, Kimberly and Isaiah, Jr., three grandchildren, Kandyce, Adam, and Isaiah, III, and a great grandchild, Kaydance.